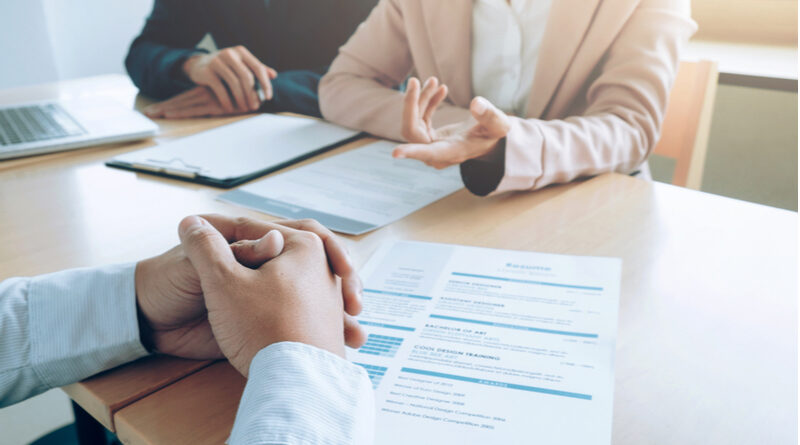 Total job postings now exceed pre-pandemic levels, according to data, but experts warn that there is still “work to be done” to ensure roles are filled.

According to new data, the number of skilled job openings is increasing as the economy recovers from the pandemic.

According to the Recruitment and Employment Confederation’s (REC) latest Jobs Recovery Tracker, there were 1.55 million job adverts in the UK and nearly 200,000 new job postings during the week of June 21 to 27 – more than before the start of the lockdown in March 2020.
During this time, there was a greater demand for roles in education, as well as more advertisements for professional and skilled occupations.
According to the data, there was also a faster rate of growth in job postings in industries that were closed during the pandemic, such as the hospitality and leisure sectors.

According to data from the Office of National Statistics, unemployment in the United Kingdom fell for the fourth month in a row in April of this year. The unemployment rate fell to 4.7 percent during this period, down from 4.8 percent in the three months to March.

However, there is still work to be done to ensure that these vacancies are filled, according to Neil Carberry, chief executive of the REC.
“Sustained momentum in our jobs market is great news, but vacancies and unemployment don’t just resolve themselves – it takes support to help people find their new role.

“Rising job adverts for roles that require key skills to get hired – from IT to haulage – highlight the ongoing need to put the skills and job search support people need in place. Tackling this mismatch, in the context of a tightening labor market, should be a priority for government and businesses, working together.

“We need to act now to make sure we do the right thing for job seekers and our economy. That means a plan that reforms the skills system by listening to businesses about what is needed, like changes to the apprenticeship levy. It also includes ensuring job search support programs are effective and get people to work quickly.

“And it should acknowledge where shortages are so severe our only option is adding roles to the immigration shortage occupation list, which is overdue a refresh.”

Jon Boys, labor market economist at the CIPD, pointed out that while the data showed more job adverts in leisure and hospitality than pre-Covid, there were still far fewer workers than before the pandemic.

“Furlough kept affected sectors in suspended animation. We’re now experiencing the reanimation of the economy and a return to the low unemployment era of pre-Covid times. This is especially good news for workers in in-demand sectors, but a headache for employers struggling to find staff.

“This is unsurprising as at this time we still have restrictions, large numbers unvaccinated – especially younger workers who dominate hospitality – and rising case numbers from the Delta variant. Further easing on 19 July will likely see more hiring in these sectors and businesses I have spoken to are hoping for a good trade this summer.

“In addition to the bounce back from shut sectors, there are sectors like IT and logistics which may be seeing increased demand to cater for the new normal of increased homeworking and online shopping.

“Skills supply to meet this new demand can’t be so readily increased. Immigration is one way to achieve this, but training and development of existing staff are another. In the meantime, we are likely to see wages increase in these sectors.”