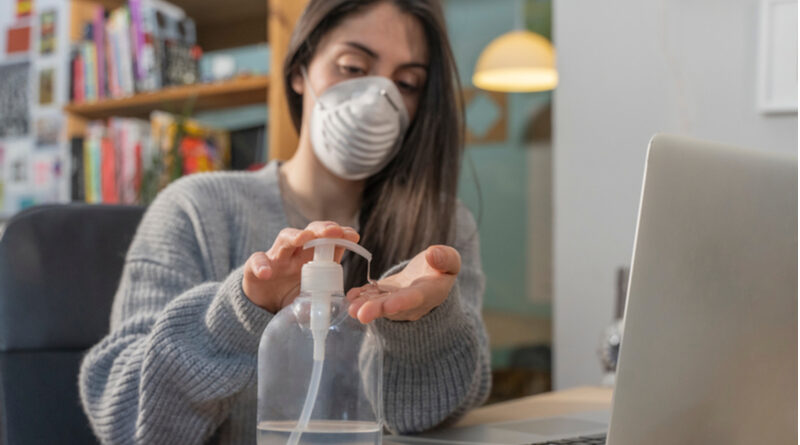 As Boris Johnson confirms that restrictions in England will be lifted next week, experts urge a “slow and cautious” return to work.

Unions have urged the government to reconsider plans to end the mask mandate in England, as the prime minister confirmed previously stated plans to lift the final lockdown restrictions on Monday.

Boris Johnson warned in his 12 July Statement that, while the pandemic was “not over,” now was the “right time to proceed” with further relaxation of the rules in England.

This means that, in addition to lifting the mask-wearing rules, the government will discontinue its advice to work from home whenever possible, and will lift the remaining restrictions on how businesses operate, effective July 19. (The laws in Scotland, Wales, and Northern Ireland will remain unchanged.)

However, unions have warned that ending mandatory mask-wearing is not the right time. The TUC’s general secretary, Frances O’Grady, said the change showed “no regard for the public-facing workers who have kept the country running.” Similarly, Unison general secretary Christina McAnea stated that the rising number of infections “have more than made the case” for maintaining the rules of face coverings in shops, schools, public transportation, and other enclosed spaces.

He went on to say that the government’s new emphasis on personal responsibility could put employees in sectors where masks are still required, such as hospitals and nursing homes, in “impossible, potentially abusive situations” by forcing them to ensure people continue to cover up.

“A plethora of mixed messages is sowing confusion where clarity is needed,” said McAnea.

Aside from the masks, business groups have generally welcomed the loosening of the rules.

While acknowledging the widespread anxiety among employees, Peter Cheese, chief executive of the CIPD, said now was the time for the government to suggest a gradual return to work for those who had been working remotely.

But, Cheese added: “The majority of people who have been working from home have been able to do so successfully for the last 16 months, so a slow, cautious return to workplaces is the right approach at this time.”